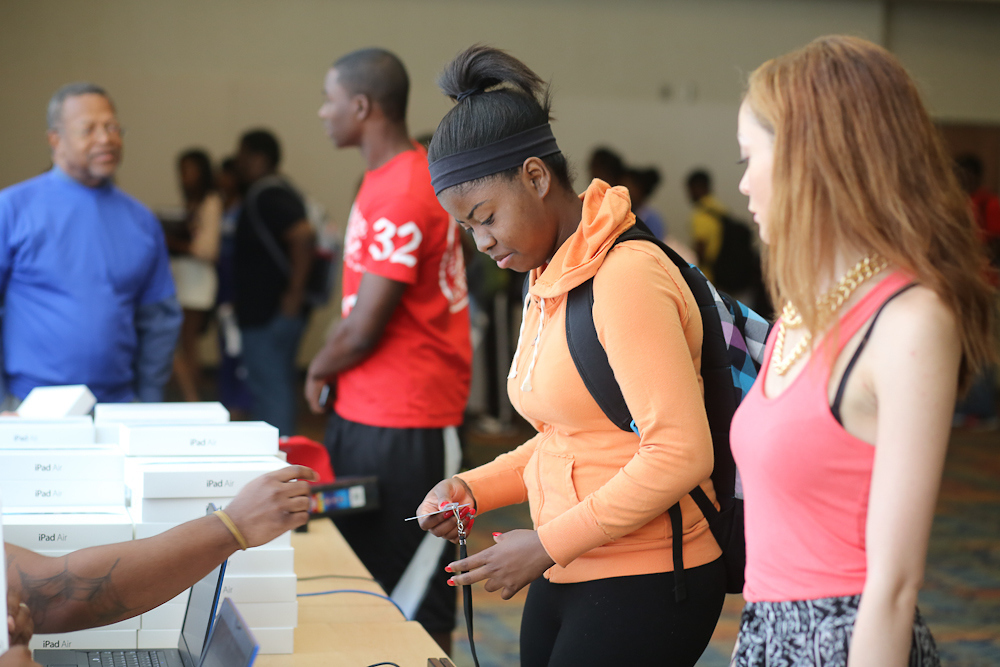 The executive director of the Mississippi e-Center@JSU recently facilitated a panel discussion in Biloxi on the positive impact of CyberLearning in recruiting millennials and advancing academics, especially since the e-Center’s foundation over the past five years has donated 5,000 iPads to all first-time, full-time freshmen at Jackson State University. 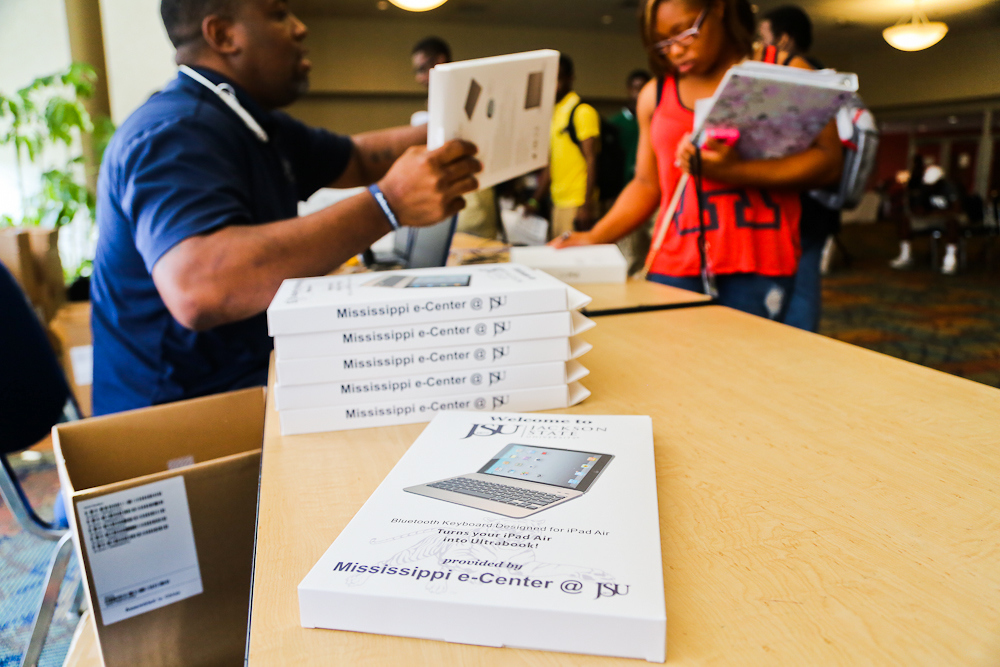 More than 5,000 iPads have been distributed since the giveaway initiative began. In addition to the devices, the kits include a Bluetooth keyboard, a case and productivity apps. (Photo by Charles A. Smith.)

Dr. William McHenry, also a JSU professor of chemistry, led the presentation earlier this month at the 2017 Creating Futures Through Technology Conference.

McHenry’s co-presenters for “The Democratization of CyberLearning – Implications for Recruiting Millennials” included colleagues Dr. Dawn Bishop McLin, Dr. Jessica L. Murphy, Dr. Melvin Davis and Dr. Michael Robinson. They discussed lessons learned from implementing a mobile technology ecosystem at JSU and the impact of the university’s iPad project on the enrollment of first-time, full-time students at JSU during the past five years.

McHenry said, “The panel discussion also included the impact of the iPad project on the academic performance of new students.” 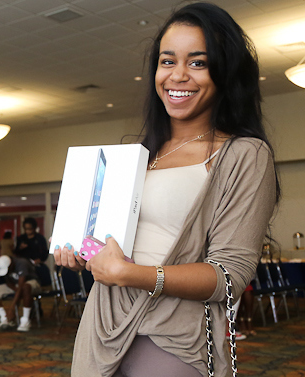 One happy “customer” proudly displays her coveted gift. (Photo by Charles A. Smith/JSU)

While panelists did not claim the iPad initiative was responsible for the total increase in enrollment at JSU, McHenry and other presenters touted JSU’s program for assisting in the quantum leap in headcount. Specifically, they shared that over the past five years, from 2011 to 2015, JSU’s freshmen enrollment increased from 1,286 to 2,068.

Interestingly, they said, combined headcount for all other Mississippi university freshmen decreased from 15,919 to 15,581, according to data listed on the website of the Mississippi Institutions of Higher Learning. Thus, panelists reasoned that if 2011 is used a baseline year, then JSU’s first-time, full-time freshmen enrollment actually increased by 37.81 percent.

Panelist Davis said, “This is significant, and it is an indication that the image and role of Jackson State University as a provider of higher education opportunities in Mississippi is evolving and becoming more appealing to students.”

JSU’s CyberLearning involves 1) strengthening the WiFi networking infrastructure on campus; 2) providing professional development opportunities for faculty and students; and 3) providing innovative learning spaces in the library with the opening and expansion of its ecosystem that consists of Innovate (for faculty), Create (for students) and Engage (a “maker space”).