College of Education gets $1.25 million federal grant to train teachers of visually impaired 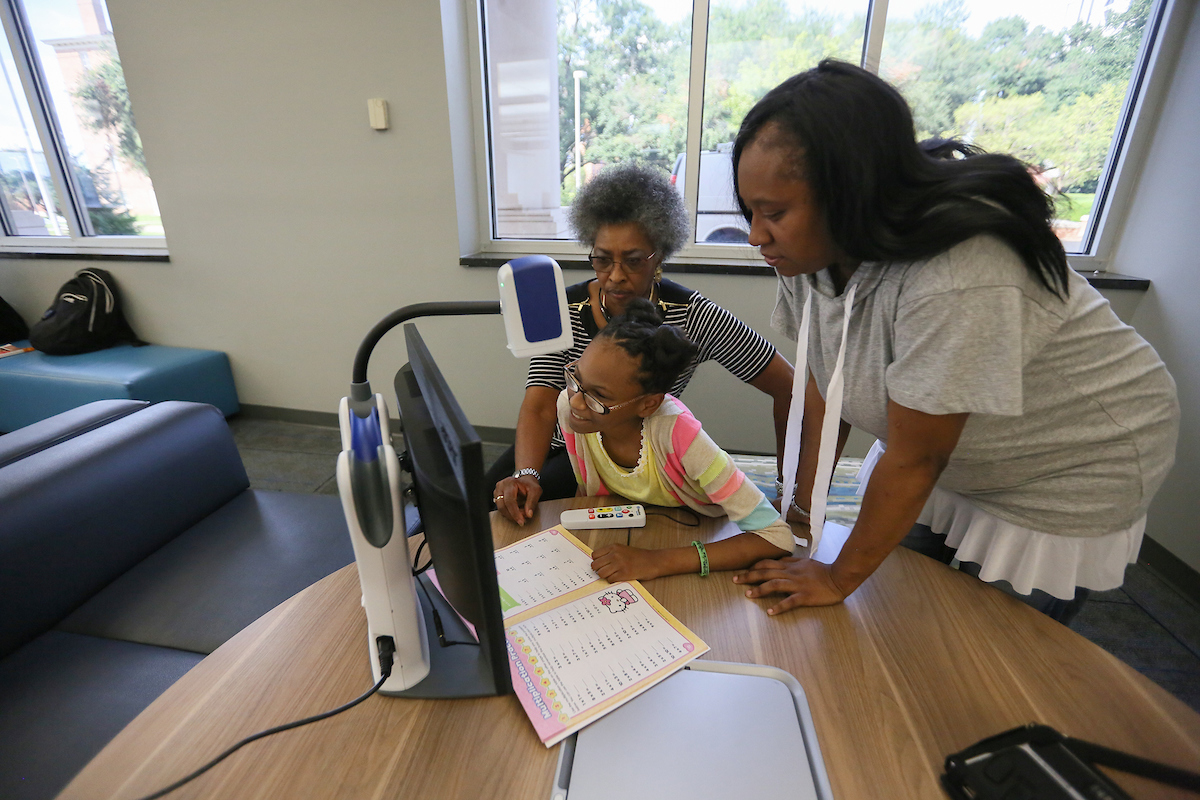 Octavia Carson, right, and her 11-year-old daughter, Obruche, join a demonstration with Dr. Glenda Windfield, project director of JSU’s Deep South Synergy TVI (Training Teachers of the Visually Impaired) Project. They use a portable closed-circuit video magnifier to enlarge text. Obruchev is a sixth-grader at Mississippi School for the Blind. Both of the Carsons experience vision challenges. (Photo by Aron Smith/JSU) 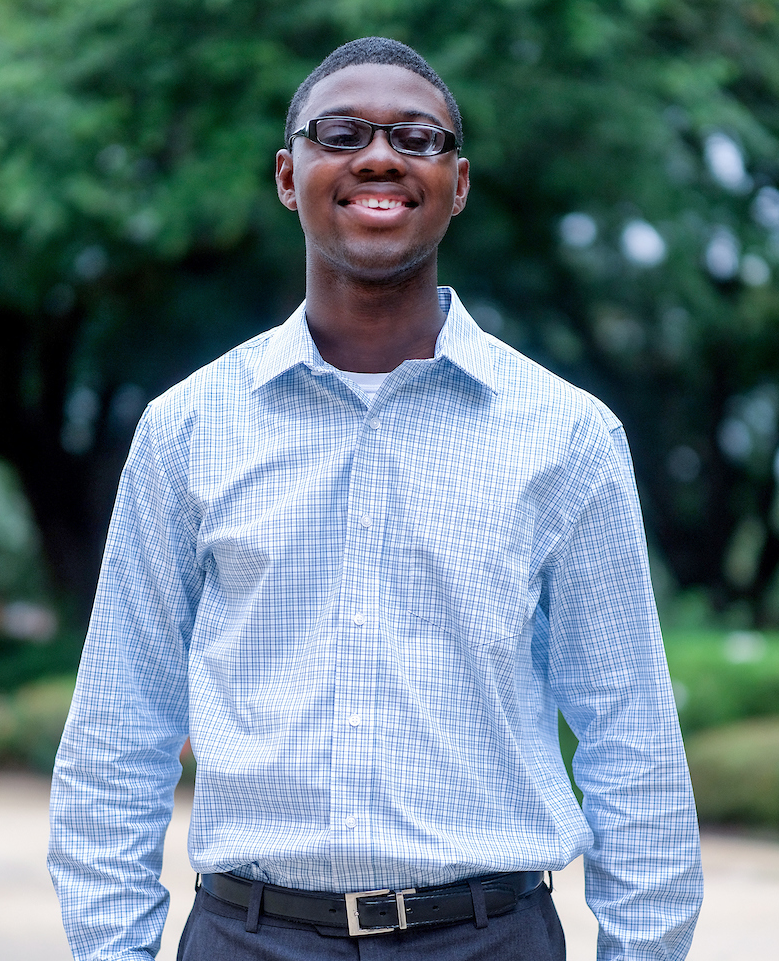 Jaylen Patrick, senior class president at Mississippi School for the Blind, will be among those who will benefit as more instructors are trained to teach the visually impaired. (Photo by Charles A. Smith/JSU)

The College of Education and Human Development (CEHD) at Jackson State University has been awarded a five-year $1.25 million grant from the U.S. Department of Education to train teachers of visually impaired students in the Deep South.

U.S. data reveal there is a critical need for certified profession-ready teachers locally, statewide and nationally in this field. Over the span of the grant, the award from the Office of Special Education Programs (OSEP) has a goal to produce 30 teachers as part of the federal department’s Deep South Synergy TVI (Training Teachers of the Visually Impaired) Project.

One parent of a child with congenital blindness expresses optimism that Mississippi will be able to produce qualified instructors to assist youths such as Obruche Carson, 11, a student at Mississippi School for the Blind.

“This opportunity may spark interest in education majors in general. Mississippi lacks professionals qualified to teach the visually impaired,” said Octavia Carson, the mother of Obruche.

Octavia Carson and other family members have vision challenges, too. However, her daughter’s condition is far worse. Years ago, Octavia Carson was told Obruche would never be able to read due to a disorder known as optic nerve hypoplasia. Eventually, however, the sixth-grader defied the odds because of the family’s persistence.

Another family is equally ecstatic about the potential for improvement in education.

Kathryn Meyers’ daughter Rachel, a second-grader in the Rankin County Schools, has had no vision in the right eye since birth. The family didn’t realize the congenital problem until she enrolled in kindergarten. Even the teacher was unaware.

“I fight with the school district about everything,” said Kathryn Meyers, whose family has a history of vision problems. “I’m glad to know there is greater awareness and more teachers being trained for special-needs students. Right now, there is just one instructor in Rankin County who’s stretched pretty thin.”

Starting in January 2018, funding by OSEP will allow JSU to offer a Master of Science in Special Education with a degree concentration in Visual Impairments. A limited number of scholarships will be awarded each year to applicants to acquire a master’s degree and will cover tuition, books and stipends for licensure fees and other needs.  The program is also open to individuals who desire only K-12 endorsement in visually impaired training. However, the grant does not provide financial support for endorsement only. 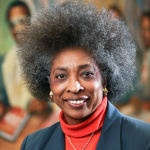 Dr. Glenda Windfield is project director of JSU’s Deep South Synergy TVI Project. Before joining the university, she worked at Mississippi School for the Blind as the band instructor. She also has worked for Vocational Rehabilitation for the Blind as coordinator for Supported Employment Services. 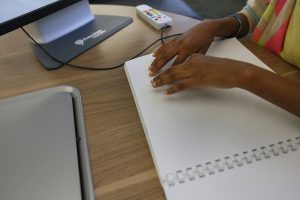 These positions proved to be pivotal in her understanding that we are all “kindred spirits.” However, before her experience at the School for the Blind and Vocational Rehabilitation for the Blind she admits that she hadn’t given any deep thought about the plight of individuals with visual impairments.

Windfield eventually would teach, meet and read about many talented individuals who were blind or visually impaired. Unfortunately, she learned they were often overlooked, perceived as being incapable of learning and relegated to menial positions in society.

Today, her desire is to provide students a quality education from skilled teachers and dispel myths about those who are visually challenged.  Windfield said there should be a universal commitment to grant “every child born in our nation – with or without vision – an unobstructed right to life, liberty and the pursuit of happiness.”

For more information about the program, contact Windfield at 601-979-2370 or glenda.y.windfield@jsums.edu. 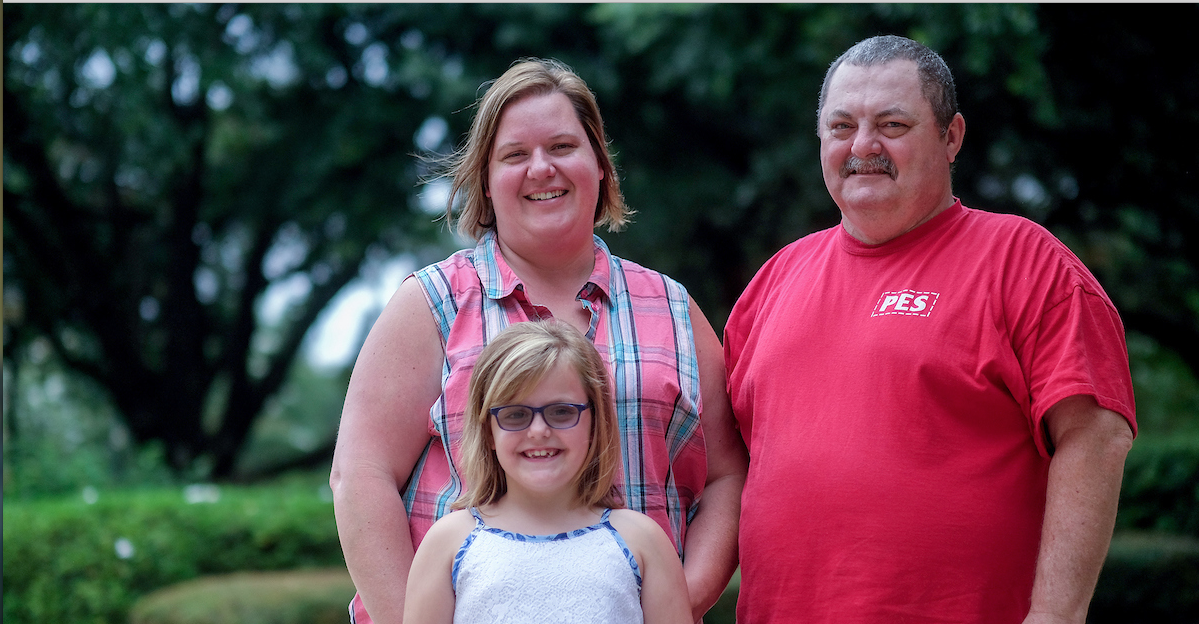 Parents Jeffrey and Kathryn Meyers support their visually challenged daughter, Rachel, who is a second-grader in Rankin County Schools. The family didn’t realize Rachel’s congenital condition until she started kindergarten. (Photo by Charles A. Smith/JSU)