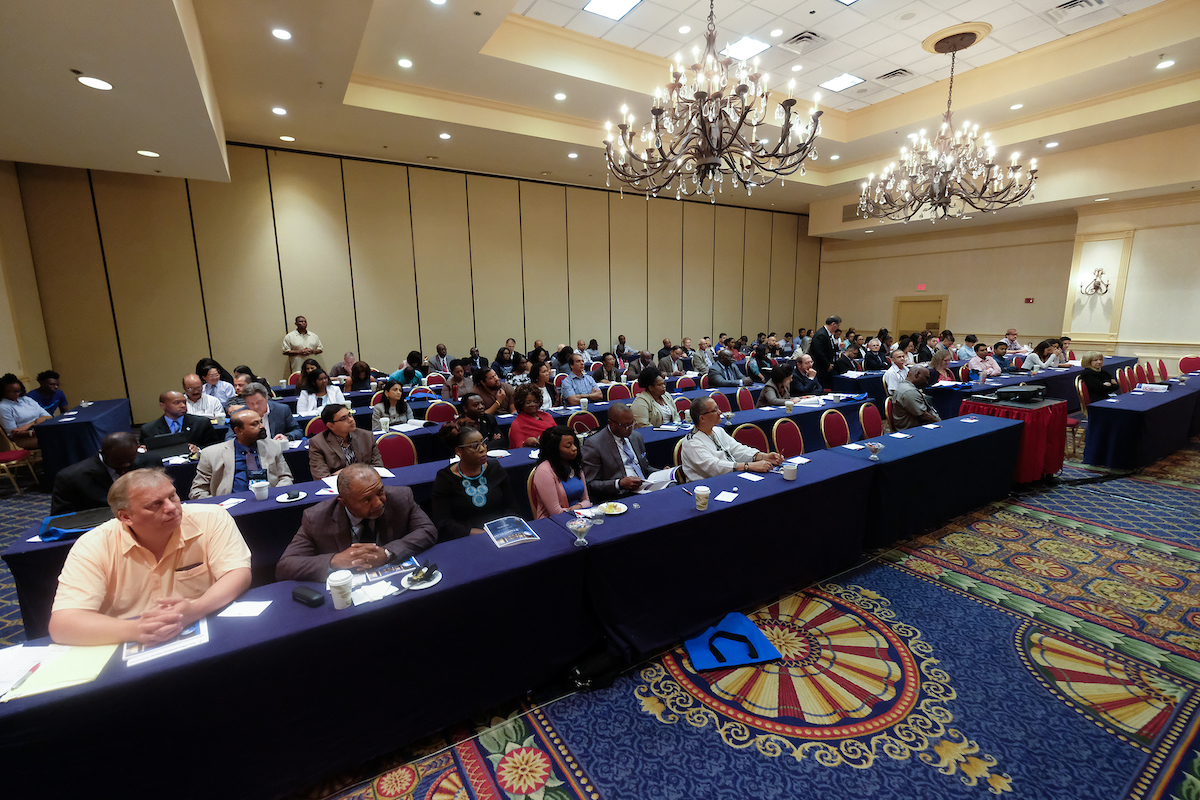 Dozens of visiting scientists from five continents attend the 14th International Symposium this week to discuss public health and environmental issues. (Photo by Charles A. Smith/JSU) 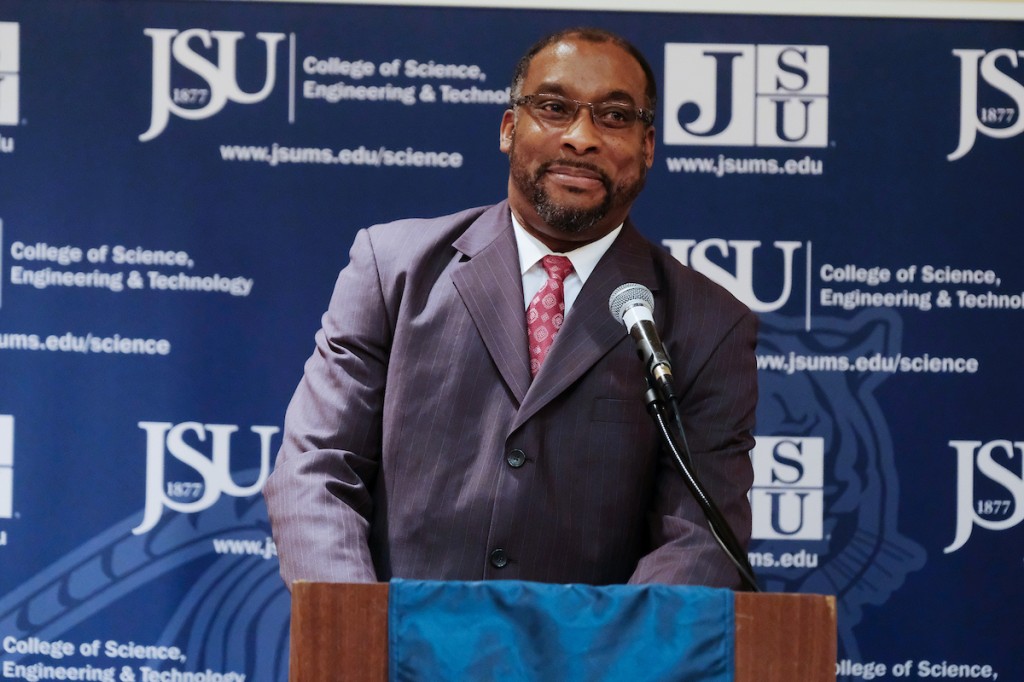 In the wake of recent catastrophic storms in the U.S., it’s not surprising that Jackson State University’s 14th International Symposium about advances in environmental health is even more relevant today.

The event, Sept. 10-13, is being held inside the Marriott Hotel, 200 E. Amite St., with a wide range of topics being discussed. Experts representing five continents addressed issues such as the safety of new food and color additives, chemotherapy, the ecosystem and cancer-causing chromium.

Conference chair Paul B. Tchounwou is JSU’s associate dean of the College of Science, Engineering and Technology.

He said the overarching objective of the conference is to “increase awareness of important environmental and public health issues facing our state, nation and the global community.” 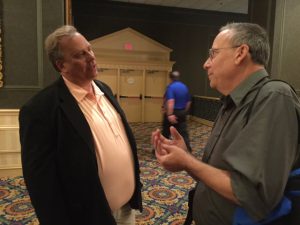 Keynote speaker Dr. John Pierce Wise Sr., left, discusses his research on chromium with an attendee. Wise represents the Wise Laboratory of Environmental and Genetic Toxicology as well as the Department of Pharmacology and Toxicology at the University of Louisville. (Photo by L.A. Warren/JSU) 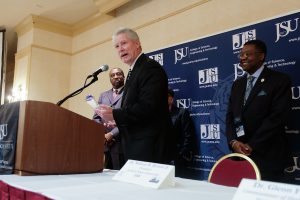 Dr. Glenn F. Boyce, commissioner of IHL, commended researchers for making the world a better place. He’s flanked by JSU associate provost Dr. Joseph Whittaker, left, and conference chair Paul B. Tchounwou, who is JSU’s associate dean of the College of Science, Engineering and Technology. (Photo by Charles A. Smith/JSU)

Dr. John Pierce Wise Sr. of the Department of Pharmacology and Toxicology at the University of Louisville was Monday’s keynote speaker. He spoke about global chromium pollution, which enters the environment through natural processes and human activities.

Chromium can be helpful and harmful to health and the atmosphere. It is used mainly in metal alloys such as metal-ceramics and stainless steel.

Wise’s research focuses on the exposure to and effects of chromium on whales because these mammals are humans’ closest marine relatives. He said great whales have very low cancer rates despite their large size and long life. 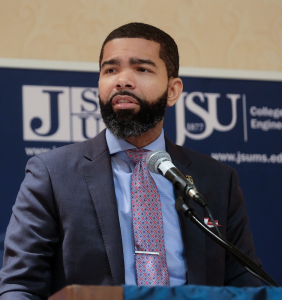 Jackson Mayor Chokwe A. Lumumba said, “The way we begin to change the world is not because one individual has all the ideas but rather because of the process of collective genius.” (Photo by Charles A. Smith/JSU) 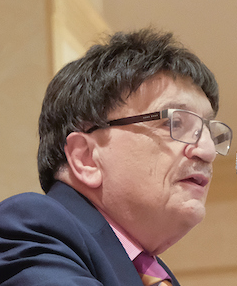 Dr. Richard A. Aló , dean of the College of Science, Engineering and Technology, credits researchers for developing models to help track catastrophic hurricanes. (Photo by Charles A. Smith)

“So, this research is important because whales are going to tell us what’s happening in the ocean. And, what happens in the ocean ultimately reaches us,” he said, citing seafood as an example.

“People should understand that our health, the environment’s health and whales’ health are all connected. We all need to better understand our overall environment.”

JSU associate provost Dr. Joseph Whittaker said, “This conference is very timely, given all the adverse events that are happening globally.” He said resilience and sustainability must be part of the conversation with lessons on recovery and ways to avoid negative health consequences.

Commissioner Glenn F. Boyce of the State of Mississippi Institutions of Higher Learning praised presenters for helping to make this world a better place with their studies on nanotoxicity, health disparities and chemical terrorism.

“This world can be a dangerous place not just because of violence but disease and hurricanes that bring in things that we have no idea what may be left behind in the air,” Boyce said. He also told experts, “You give us quality of life. The work you do is life-changing; you have a servitude to mankind that very few people have.”