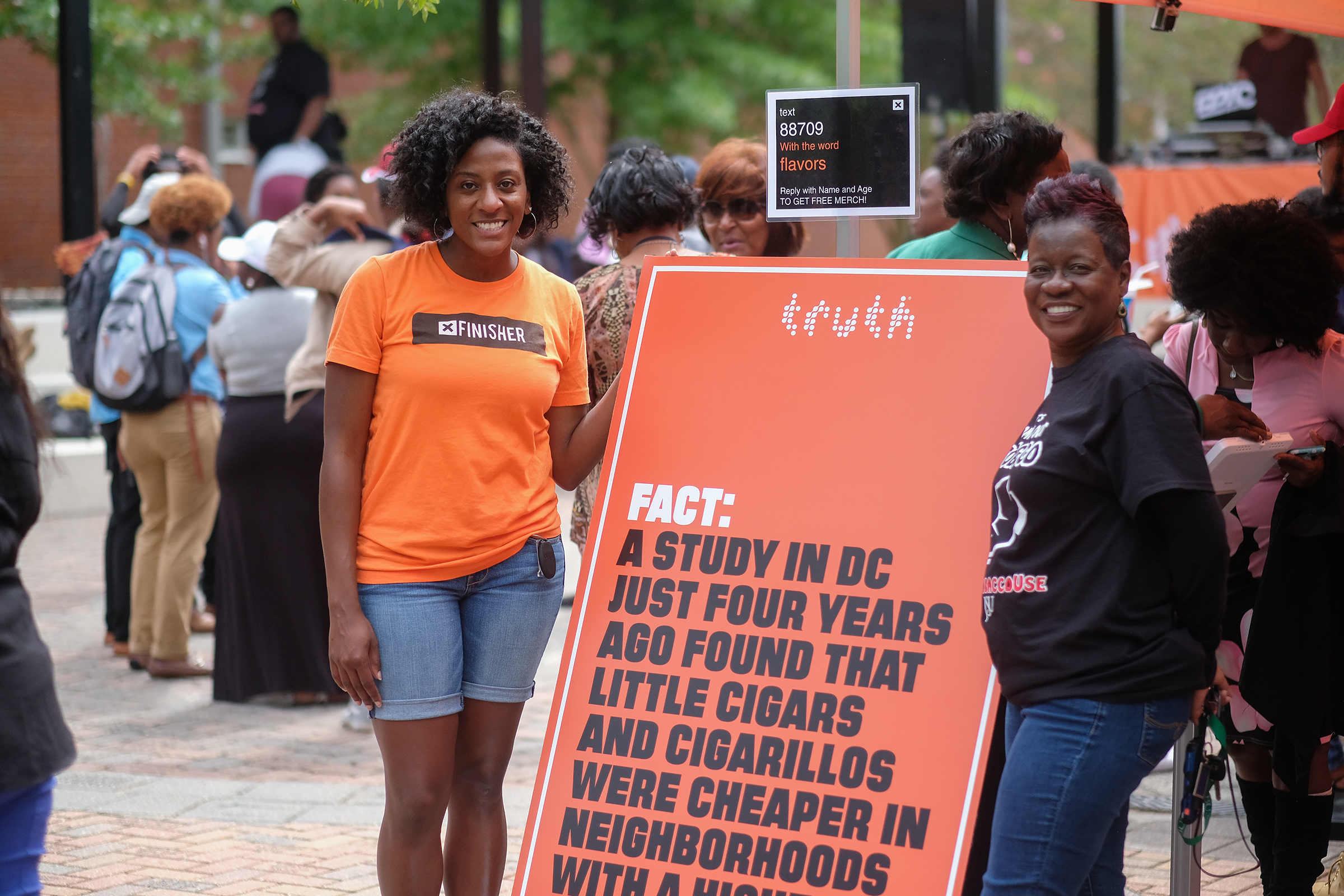 Jaohn Bennett has seen the horrors of cigarette smoking first-hand. In 2008, his father was diagnosed with cancer and doctors had to remove his left lung in order to save his life.

“So, growing up my dad wasn’t able to do a lot of activities with me like running and playing basketball,” said Bennett, a senior at Jackson State University and student representative for the Truth Initiative Campaign. 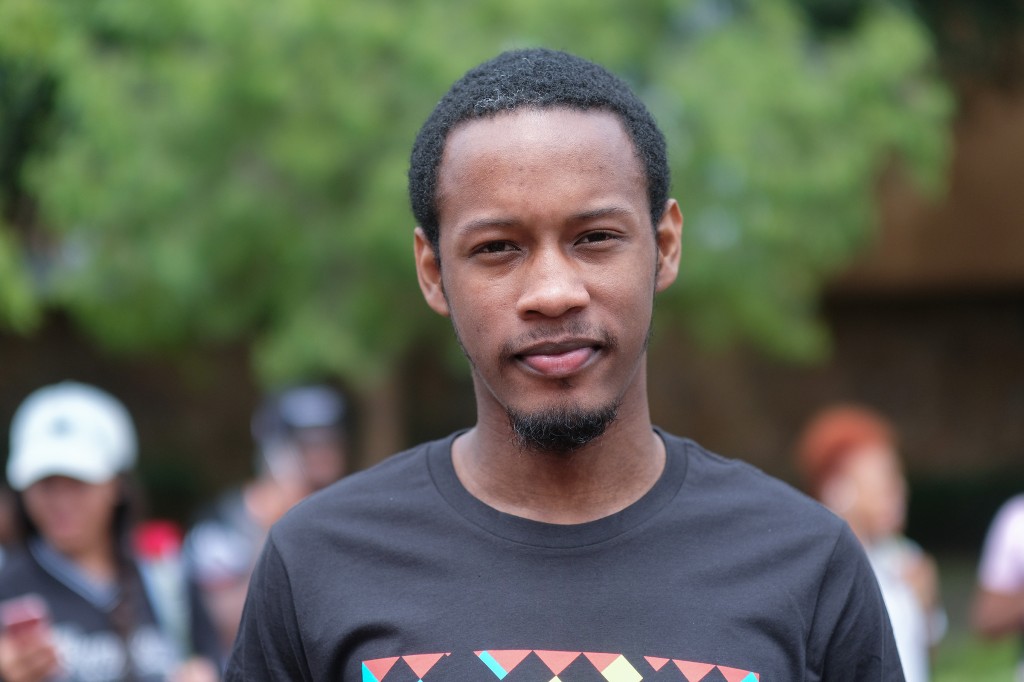 Jaohn Bennett candidly discusses the direct impact his father’s smoking had on his life. (Photo by Charles A. Smith/JSU)

On Wednesday, Sept. 13, Jackson State’s Metro Jackson Community Prevention Coalition teamed up with the Truth Initiative – one of the largest and most successful youth tobacco prevention campaigns in the nation – to expose the tobacco industry’s exploitation of the African-American community, individuals with mental health issues and members of the military.

On Gibbs Green Plaza, a DJ worked the turntables while students danced for Truth t-shirts, some smiled and made funny faces in front of a photo booth, while others signed a petition to end the production of menthol tobacco products and made pledges to abstain from smoking.

The initiative partnered with 46 HBCUs throughout the country to end tobacco usage on campuses. At JSU, Bennett says, “We’re trying to make our campus smoke-free.”

For twenty-five years, Bennett’s father was a smoker which is a touchy subject for the business major, but he is adamant about informing people of the short-term and long-term health hazards.

“My dad is now an advocate to end smoking. He’s been through chemo; he’s lost weight and a lung. He’s living with the consequences.” He says, ““Most of my peers don’t think about ten years from now. They only think about the right now.”

According to Truth.org, statistics show the following: 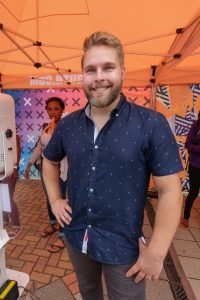 “We’re here to raise awareness about the impact that menthol has on the African-American community. We know that menthol is a minty flavor that is very easy to smoke, but it’s very hard to quit,” says Denise Smith, manager of Truth’s HBCU initiative

She defines their college partnership as a way to connect with young adults, heighten knowledge about the campaign and their techniques to eliminate the use of tobacco products and also promote tobacco-free campuses.

“We know that 99 percent of smokers start before the age of 26 so we feel like colleges are the places to go to ensure that we reach people where they are and make sure they don’t engage in this behavior that’s very difficult to quit. It’s not something that they can simply do socially and drop; it becomes very addictive,” she warns.

Although the organization is anti-smoking, Smith wants people to understand that they are not anti-smoker.  “We want them to know that we have alternatives and suggestions for smoking cessation and various methods that are useful for quitting. We use social media and even have helpful apps if they’re not necessarily comfortable using a quit line or calling someone.”

Not shying away from the ugly truth, Smith admits that tobacco companies are strategic in pushing their menthol goods. “There are actual tobacco industry documents that show the African-American community was deliberately targeted because of this product.”

She attributes part of the targeting to the idea that African-Americans are viewed as trend setters which tobacco companies consider a useful vehicle for pushing their products.

Truth Initiative Marketing Manager Michael Coursey reveals that he grew up in a trailer park in Southern Kentucky and that he paid his way through college by working in tobacco fields. He discloses that his mother’s expensive smoking habit outweighs any potential gratitude he could possibly feel towards the industry that helped him receive an education.

“Big tobacco is going around exploiting the communities.” He says, “There are ten times more cigarette ads in black neighborhoods than other neighborhoods, and most of their ads are for menthols. Kool’s and Newport’s have a history of using black culture for their gain.” 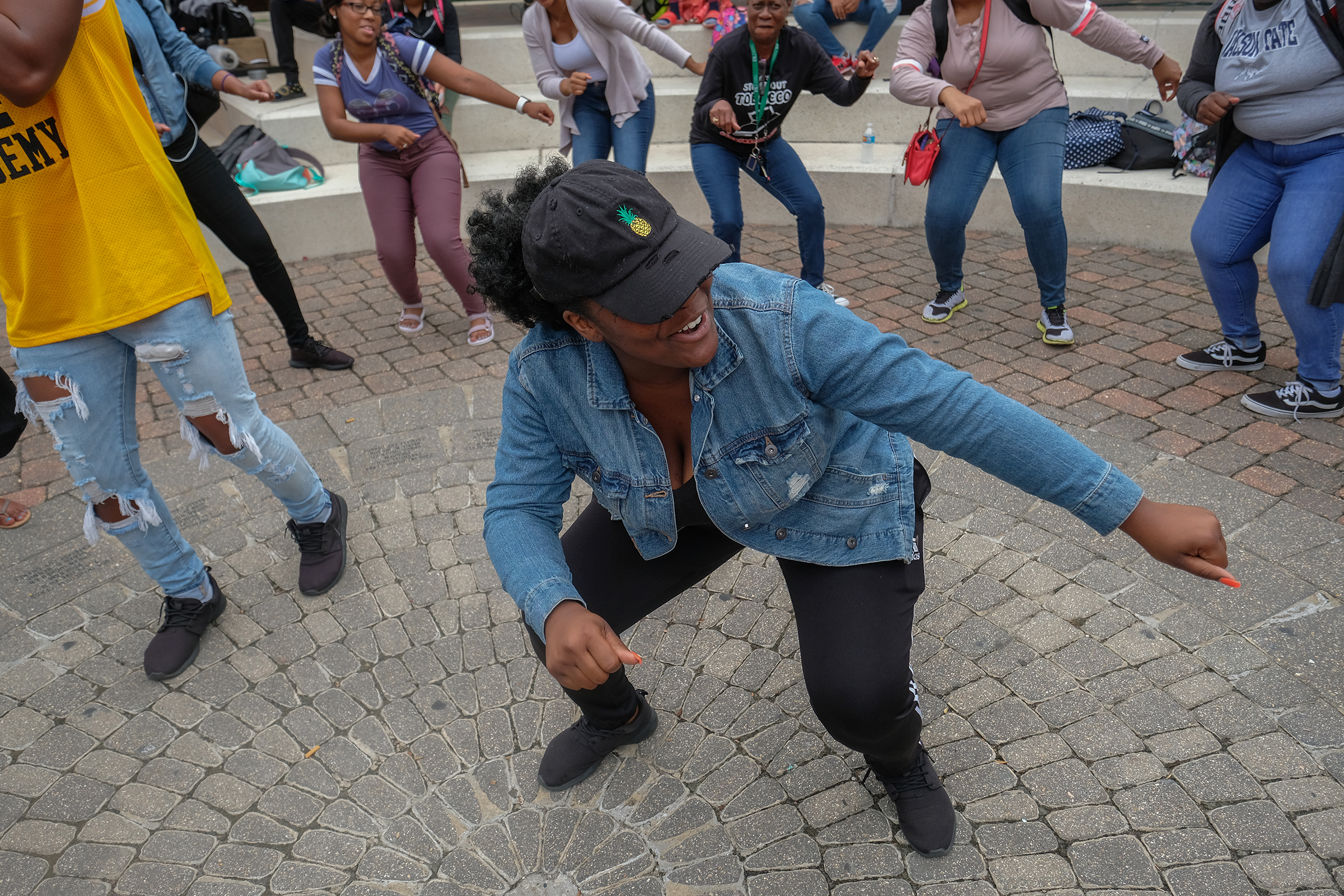 A student participates in one of many dance challenges that JSU and Truth put on during the event. (Photo by Charles A. Smith/JSU)

Coursey believes that learning the facts is a key element for deterring menthol usage. “It’s a lot of miseducation out there. When polled a lot of African-American communities somehow have the misperception that menthol is healthier for you,” he states. 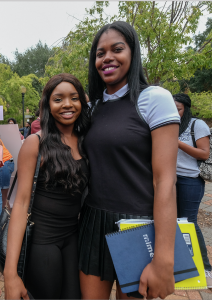 Students Jasmine Robinson, left, and Jazmyne Wilson pledged to abstain from smoking and expressed their gratitude for the educational experience. (Photo by Charles A. Smith/JSU)

Expressing that the JSU event is a fun way to discuss real issues, Coursey says “We’re having a good time and showing that we can also talk about serious stuff, save lives and motivate each other.”

Jazmyne Wilson, a senior at the University, finishes making her pledge to not smoke by signing her name on the Truth mural. She then articulates that her familiarity with the Truth initiative stems from viewing the organization’s television spots speaking out against the perils of smoking.

“I’m not a smoker because I want to live forever,” she gushes, then says “I feel like it’s horrible that they target the African-American community and that they’re trying to wipe us out.”

Wilson’s friend, Jasmine Robinson, says that she likes to stay involved with the community and came out to support a good cause. “Every business has a target audience and if that’s how they make their money that’s who they’re going to go after … but, I’m thankful that JSU and Truth are trying to change things,” she says.

For additional information about how tobacco use disproportionately affects certain communities, please see the following provided by Truth.org: 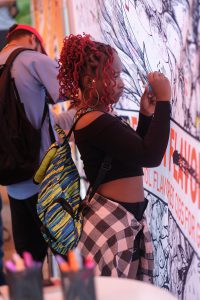 A student signs her name on the Truth mural making a pledge to abstain from smoking. (Photo by Charles A. Smith/JSU)

Members of the military:

To learn more about the Truth Initiative, visit thetruth.com.