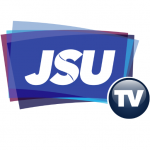 JSUTV was among a host of winners named recently in the 2016 Mississippi-Louisiana Associated Press broadcast competition in Jackson, including an honor that netted a top award in TV Division I for Mississippi in the multimedia story category.

The awards honored outstanding work in journalism and broadcasting for 2016.

Of the first-place win, Walker, a senior producer and anchor for the weekday “Metro Morning Live,” said, “The story on medical drones is very important. Let’s say somebody in the woods encounters an emergency and police and firefighters can’t get there in a timely manner. Technology would allow kits to be flown to those in distress. Individuals needing help will be allowed to put on a headset to speak with a medical expert while emergency crews are in en route. The technology will help save lives.”