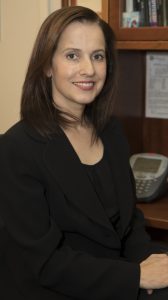 Susana Martinez-Conde, a neuroscientist at the State University of New York, will make three separate appearances April 11-13 in Oxford and at UM. Submitted photo

OXFORD, Miss. – A renowned neuroscientist is scheduled to give three separate lectures on brain function and visual perception April 11-13 in Oxford and at the University of Mississippi.

Susana Martinez-Conde of State University of New York will open the week with “Vision is All About Change,” a presentation of the Oxford Science Cafe, at 6 p.m. April 11 at Lusa Bistro and Bar, 1120 North Lamar Blvd. This 30-minute talk will focus on the brain and its role in interpreting the world, using magic as an example.

As always, the fourth and final Science Cafe of the spring semester, organized by the UM Department of Physics and Astronomy, is free.

As an observance of Brain Awareness Week, Martinez-Conde will present “Your Brain on Magic: The Neuroscience of Illusion” at 4 p.m. April 12 in Lamar Hall, Room 126. Officially April 13-19, Brain Awareness Week is a nationwide initiative to increase the public’s appreciation for the importance of brain research and was the original impetus for inviting Martinez-Conde to UM.

Martinez-Conde will close the week at the university’s third annual Research Day, where she will present “Keeping an Eye Out for Collaboration.” The lecture, tentatively scheduled for 10:15 a.m. April 13 in the ballroom of the Inn at Ole Miss, will combine her main research line on eye movements with her research into the neural bases of magic.

These final two appearances are co-sponsored by UM’s Department of Health Exercise Science and Recreation Management, the Office of Research and Sponsored Programs, College of Liberal Arts, School of Applied Sciences, Graduate School and the Ole Miss minor program in neuroscience.

“Our research focuses on understanding the neural bases of our visual experience,” Martinez-Conde said. “How can the electrical activity of a neuron, or a neuronal population, convey the color or brightness of an object? How can we determine the signal from the noise in a train of electrical impulses within a neuron? What type of neural code do neurons use to communicate information to each other? How are neural impulses grouped to represent the different features of a visual scene?”

To address these questions, Martinez-Conde uses a combination of techniques, including functional magnetic resonance imaging – which looks at blood flow within the brain – electrophysiological recordings from single neurons, psychophysical measurements and computational models of visual function.

Martinez-Conde’s appearances should be most interesting, said Alberto Del Arco, UM assistant professor of exercise science and a scientist in the Department of Neurobiology and Anatomical Sciences at the UM Medical Center.

“The idea of this brain awareness event is to promote a better understanding of how our brain works as well as sharpening our critical thinking,” Del Arco said. “Unfortunately, there are still many false beliefs about the brain – brain myths – in our 21st century society. 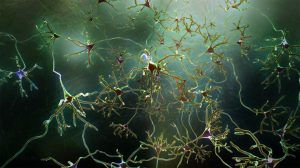 “People should know that we do not use 10 percent of our brain or that we cannot communicate telepathically with other people. In contrast, brain research shows that even our most considered complex human behaviors – e.g. moral beliefs or decisions – can be tracked by investigating the activity of our brain in interaction with the environment.”

Having met Martinez-Conde at a similar event in Madrid, Del Arco said he thinks that she is the ideal scientist for this kind of event.

“First, Susana is a highly recognized neuroscientist and her research on the neuronal bases of visual experience is published in top journals,” he said. “And second, she enjoys transmitting her research in a way that appeals to the general public. We are going to have fun, and I hope that many people come to know her and enjoy her presentation.”

Marco Cavaglia, associate professor of physics and astronomy and organizer of the Science Cafe programs, agreed.

“Dr. Martinez-Conde collaborated with magicians to understand how our brain is so easily fooled by magic,” Cavaglia said. “There is a feature documentary about her work presented by Neil DeGrasse Tyson on PBS.”

Originally from A Coruña, Spain, Martinez-Conde earned her bachelor’s degree from University Complutense of Madrid and her doctorate from University of Santiago de Compostela, Spain. A professor of ophthalmology, neurology, physiology and pharmacology at the State University of New York Downstate Medical Center, she conducts research that bridges perceptual, oculomotor and cognitive neuroscience.

She directed laboratories previously at the Barrow Neurological Institute in Phoenix and at University College London in the United Kingdom. Martinez-Conde received her postdoctoral training from Nobel laureate David Hubel at Harvard Medical School, where she was later an instructor in neurobiology.

Honors and awards Martinez-Conde has received for her work include the Empire Innovator Award from the state of New York. Her work with Parkinsonian patients was honored with the EyeTrack Award, a global science prize given annually to a single cutting-edge publication in eye movement research. Martinez-Conde has received various other distinctions, including the “100 Spaniards” Prize.

She complements her research with science communication, education and public outreach. She writes for Scientific American, where she has a regular column called “MIND,” on the neuroscience of illusion. Martinez-Conde is the 2014 recipient of the Science Educator Award, given by the Society for Neuroscience to an outstanding scientist who has made significant contributions to educating the public.