Physics of the Sun Topic of March Science Cafe

Physics of the Sun Topic of March Science Cafe 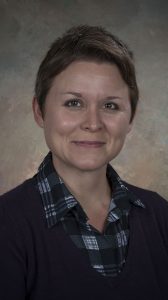 OXFORD, Miss. – The sun and solar flares are the topic for a monthly public science forum organized by the University of Mississippi Department of Physics and Astronomy.

The spring semester’s third meeting of the Oxford Science Cafe is set for 6 p.m. March 21 at Lusa Bakery Bistro and Bar, 1120 North Lamar Blvd. Sabrina L. Savage, an astrophysicist at NASA’s Marshall Space Flight Center in Huntsville, Alabama, will discuss “The Physics of the Sun.” Admission is free.

“Because the Earth resides in the atmosphere of our nearest stellar neighbor, events occurring on the sun’s surface directly affect us by interfering with satellite operations and communications, astronaut safety and, in extreme circumstances, power grid stability,” Savage said.

“I will walk through our current understanding of why flares occur, show several examples of these fantastic explosions and describe the technology and instrumentation being developed at Marshall Space Flight Center to observe these phenomena.”

Savage’s 30-minute presentation will include why solar flares, the most energetic events in our solar system, are a substantial source of hazardous space weather affecting our increasingly technology- dependent society.

“While flares have been observed using ground-based telescopes for over 150 years, modern space-borne observatories have provided nearly continuous multiwavelength flare coverage that cannot be obtained from the ground,” she said. “We can now probe the origins and evolution of flares by tracking particle acceleration, changes in ionized plasma and the reorganization of magnetic fields.”

UM administrators and professors said Savage’s appearance should be most interesting.

“Dr. Savage shares fascinating yet understandable knowledge gained from her research at NASA,” said Marco Cavaglia, associate professor of physics and astronomy. “Her discussion of solar flares and their effects upon the Earth should be most enlightening.” 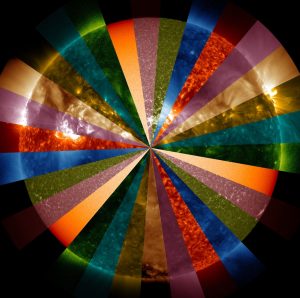 This colorful graph depicts the many levels of solar radiation and flares emitted by the sun. Submitted photo

Savage earned her Ph.D. in Physics from Montana State University as part of MSU’s internationally renowned solar physics research group. She then worked as a NASA post-doctoral fellow at Goddard Space Flight Center outside Washington, D.C., before assuming her current duties at Marshall Space Flight Center.