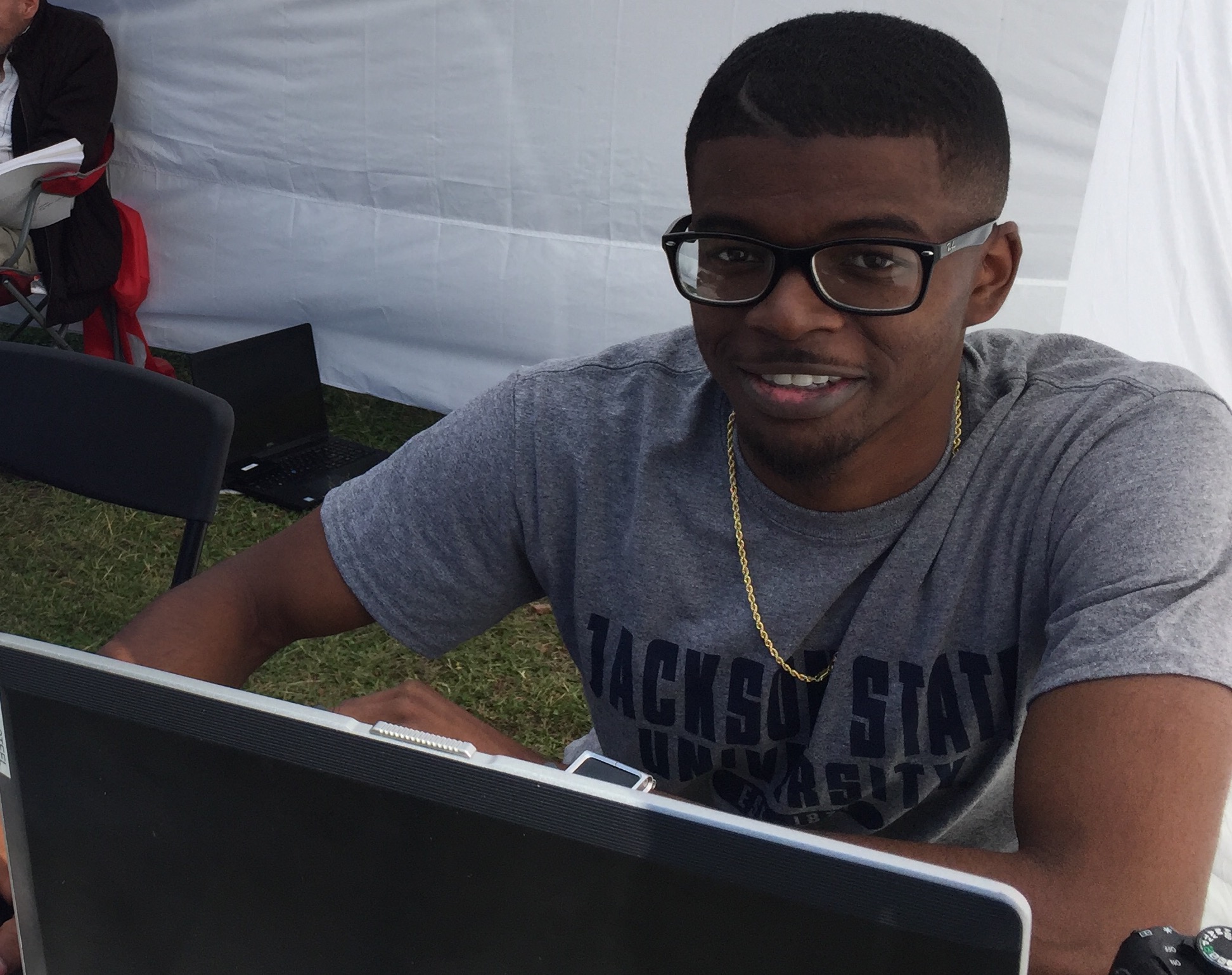 Jackson State University senior meteorology student Keon L. Gibson prepares for Monday’s solar eclipse. He’s scoping out the phenomenon in Casper Mountain, Wyoming, because it will experience a total eclipse for a brief moment. The area will allow him to improve his research into space weather and the sun’s heat-packing solar corona, which is millions of degrees hotter the sun itself.

JSU meteorology student Keon L. Gibson is visiting Wyoming for Monday’s solar eclipse to measure specific emission wavelengths of the sun’s corona – which is millions of degrees hotter than the sun itself – and will use computer-controlled telescopes to study how Earth is being impacted by hazardous space weather. 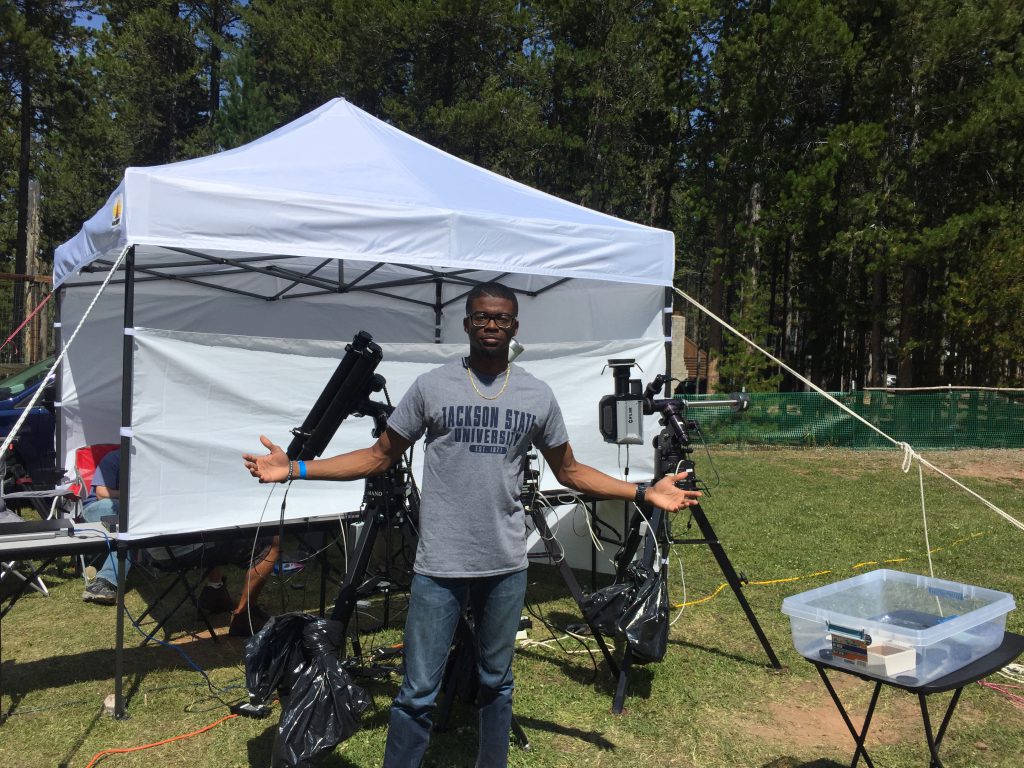 With telescopes set up, Gibson is ready to capture images of emission wavelengths of the solar corona in the visible range and infrared range.

Gibson, a senior in the College of Science, Engineering and Technology, decided to visit Casper Mountain, Wyoming, because it will experience a total eclipse for slightly more than two minutes, starting at 12:42 p.m. (CDT).

Jackson State University’s area will see the moon cover 83.2 percent of the sun, with the moon in the sun’s path starting at 11:54 a.m. (CDT) Monday. Reportedly, the best time to see the peak of the eclipse near JSU will be at 1:26 p.m.

The mystery of the sun’s 865,000-mile ball of gas and its corona has confounded researchers for many years. Monday’s phenomenal occurrence in the solar system could provide some answers about many ongoing experiments by NASA, labs and universities throughout the U.S. The event is being billed as “The Great American Eclipse” because some degree of darkness during daylight hours will streak coast to coast from western Oregon to eastern South Carolina in just over 1½ hours.

A total eclipse will allow researchers to get a really good look at the sun’s sizzling corona. So, the two separate telescopes Gibson is using will automatically insert four different narrow “band pass filters” for capturing images of emission wavelengths of the solar corona in the visible range and infrared range. Gibson, a native of Gary, Indiana, said, “Each band pass filter will select a specific wavelength range that corresponds to a known coronal emission line possessing magnetic sensitivity.” 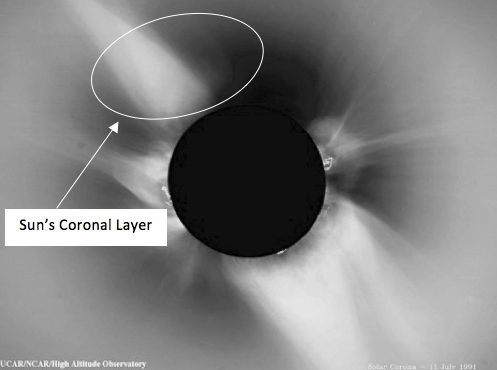 The camera (4D PolCam) capturing images of emission wavelengths in the visible range will allow for “direct measurement of the degree of linear polarization in a very small instrument – with no external moving parts as is typically required,” Gibson said. Meanwhile, the camera (FLIR 8501c) capturing in the infrared range “offers short exposure times to freeze motion and output accurate thermal measurements and allows a new observation of the sun’s corona using thermo-infrared technology.”

Overall, Gibson said the result of this study could reveal “imaging and polarization data of coronal emission lines, enhancing the scientific value of several experiments both in space and on the ground.” In addition, he said, “Exploring new thermo-infrared technology offers a cheap yet powerful tool for examining the origins of space weather and polarized light essential to solar physics, as well as to other communities (e.g., astrophysics and the upper atmosphere).”

So, just how is Earth’s weather apparently being impacted by the solar magnetic field?

Understandably, little can be done to reverse a cataclysmic natural event; however, Gibson said he wants to shed light on solar coronal magnetism because “these events have damaging particles that can harm astronauts as they leave Earth and can damage Earth’s magnetic field, power grids, communication systems, etc.” 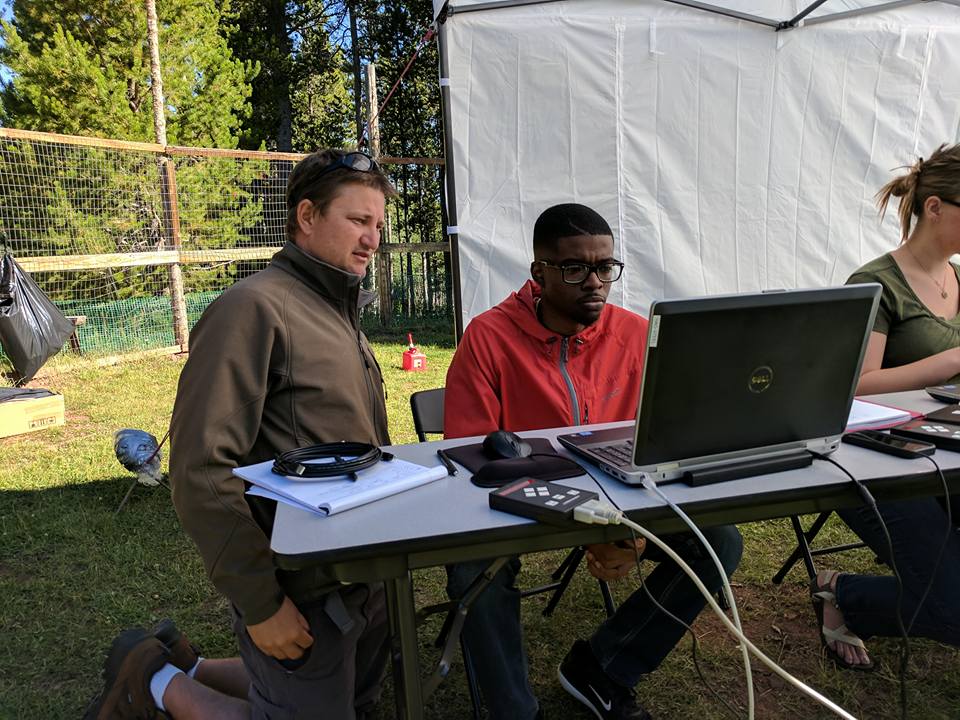